Making the wonders of astronomy accessible for all

Ask us about our schools, scouts and early learning programs! Update on visiting the observatory Check out our Youtube Livestream channel Young Observers Code Club every month Gift memberships available. Email us at info-at-mbo-org-au

Our next Public Event is

MBO Open Day – Celebrating half a century of the Monash Dome!

Our next Member Event is 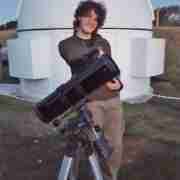 Your guided tour of the night sky under the dome

Our young observers program is aimed at children 5-16.

Mount Burnett Observatory Inc. is a not-for-profit astronomical society based at Mount Burnett in the Dandenong Ranges east of Melbourne. The Observatory was originally built in 1972 by Monash University.

MBO formally took over the site in 2011, and built it up to a thriving community observatory. Our aim is to preserve the facility and to use it to promote astronomy and science to the broader community.

MBO acknowledges that they are meeting on the lands of the Wurunjeri people and the Bunurong people of the South East Kulin nation.

How To Get Involved

Our monthly program designed specifically for children up to 16. Hands-on, fun and education for the whole family.

We love Space and love to share the love! Outreach is a fantastic team of volunteers.

Did you know you can also listen to the cosmos? Find out more about Radio Astronomy and join our group!

Want to take your practical astronomy to the next level? Learn how to find those faint galaxies and nebulae with our Deep Sky Experts

Astronomy and art are intertwined. Find out how you can explore your artistic astronomy side!

MBO is run by volunteers and supported by our members.

You can support MBO with your donations

Images of Life, the Universe and everything MBO.

MBO Members have been getting some great photos of Comet Leonard. Check out this one by Steve Wilkins. Comet C2021 A1 Leonard zooms away from Earth towards the Sun, my image captured from the Mornington Peninsula on December 28. Comet Leonard was gradually brightening but further away. It may not survive its journey past the Sun. The icy, bright nucleus has a visible atmosphere, a product of outgassing due to warming by the Sun. This image is heavily saturated to detect colours. The green in the nucleus is C2 and C3 compounds (carbon) excited by UV and the reddish hues are from dust scattering (credit friend Mladen Dugec!). There is likely a blue ion tail not visible in this image. Orbiting the Sun about every 80,000 years, Comet Leonard is a long period comet and is about 1km across. It came within 4 million kms of Venus, that planet’s closest-known cometary approach. ... See MoreSee Less

We may not get traditional fireworks or fancy drone swarms tonight, but you can still marvel at lights in the sky courtesy of the various crewed space programs!There is a very bright International Space Station pass at 9:47pm. It will rise in the south west (where the Sun sets) and head up high into the sky, passing nearly overhead, and fading out in the north east next to Orion at 9:53pm.45 minutes later you will be able to catch the Chinese Tiangong space station as it rises in the west at 10:27pm, passes right by Jupiter and heads across the southern sky before fading into shadow at 10:33pm. It will be fainter than the ISS, but since the sky will be darker it should be easy enough to spot.Happy New Year! 🛰 ... See MoreSee Less

The Mount Burnett Observatory, a community astronomical observatory in the Dandenong Ranges.

From Orion to the Southern Cross by Lucy Yunxi Hu - via @apod from NASA https://apod.nasa.gov/apod/