You are here: Home1 / MBO Tour 3: Astronomers and Discoveries 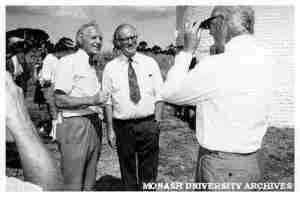 The Monash Observatory at Mt Burnett was established in the early 1970’s by Monash University. Originally overseen by the Science Faculty, it soon became a field station of the Physics Department, and was been operated and maintained by Departmental staff (academic and technical) and research students.

Since the mid-1970’s  “Multicolour photoelectric photometry” has been carried out at MBO. We are in a wonderful location to view selected southern variable stars. This process involves measuring the brightness of a star by measuring the electric current produced when light falls on a light-sensitive surface (photo=light metry =measuring). Read more here.

Although the observatory has always been a small installation, both in terms of instrumentation and staff numbers. In spite of this, a variety of work has been undertaken and some of the work has been recognised both nationally and internationally.

Initial work with the 16″ telescope involved building and using  a low-dispersion spectrometer and broad-band photometer for studies of bright stars. The spectra were recorded on glass plates (these were the years well before CCD’s, the charge-coupled devices used in today’s digital cameras!) 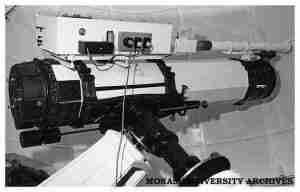 The light from several bright southern stars was measured – including the legendary ‘Canopus’ spectrum that is still spoken of reverently by older staff! However, the limited light grabbing capacity of the telescope, the low efficiency of glass plates, and optical alignment instabilities in the wooden-tubed telescope (‘the coffin’), meant that results were hard to come by, although much useful experience was gained. 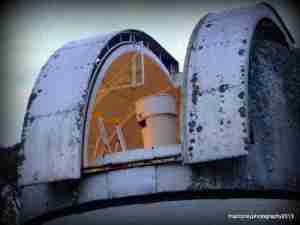 Also in the early 1980’s the Observatory work moved more into the field of active chromosphere stars – i.e. look at cool (temperature not hip!) stars that show enhanced solar-like activity (starspots, etc.). The Observatory identified a number of stars of this class in the southern sky, and MBO astronomers were able to follow the changing patterns of light variations of these stars as their starspots grew and decayed over several months or years. Work done at MBO established that some of these stars were relatively young, comparable in age to the stars in the Pleiades cluster, which helps us better understand the building blocks of our galaxy. 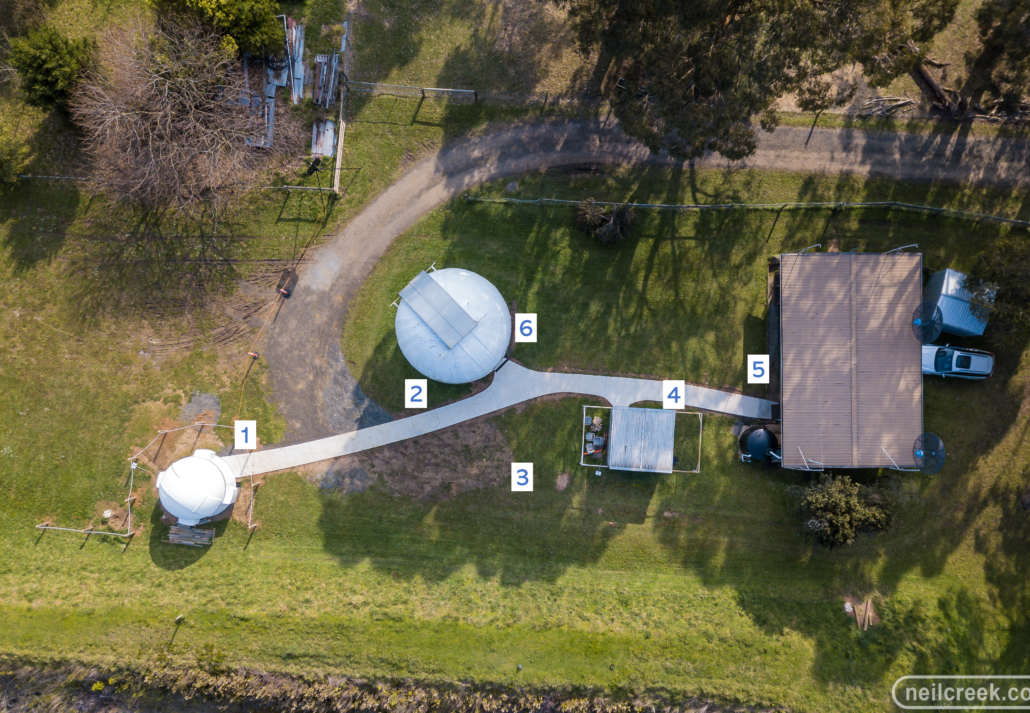