We Listen To The Universe

Radio Astronomy is a branch of astronomy that studies celestial objects at radio frequencies.

The MBO Radio Astronomy Group have a number of projects on the go which include:

Check out our projects at https://rag.mbo.org.au/ 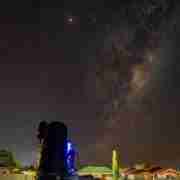 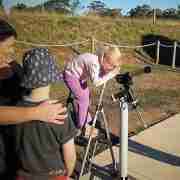 Member’s night at the observatory

Subscribe to MBO News and receive updates via email.